California Clamps Down on Plastics Exports

California is the top exporter of contaminated plastic in the nation, flooding poor countries who lack infrastructure to manage it, confer stakeholders vested in curbing plastic pollution. And the state could be headed for big trouble (not unlike other states, but even more so) as pressure intensifies for policy to end U.S. plastics exports. Yet some of California’s own are among those who are most forcefully pushing to crackdown on shipments leaving their ports.

Assemblymember Cristina Garcia (D-Bell Gardens) put out a resolution (AJR 4) to urge President Joe Biden to ratify the Basel Convention treaty within his first 100 days in office. The Basel Convention made it illegal for parties participating in the agreement to export mixed and contaminated plastics to developing countries as of Jan. 1, 2021.

City mayors around the globe pledge to ramp up renewables transition

Infrastructure Bill May Depend on Larger Reconciliation Bill

City leaders should expand their purview of electric transportation beyond cars, experts urge...

What Waste and Recycling Needs to Watch for in Reconciliation...

Chevron evaluates carbon capture storage and use in the US...

House Dems seek $1B for IRS to improve access to child tax credit... 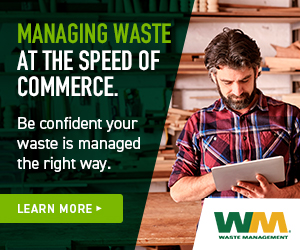